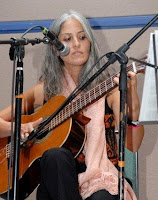 Patricia Mazuela is a bilingual/bi-cultural musician, actress, activist and mother of 3 three young artists... Originally from Llolleo, Chile, she has lived in Seattle, WA since 19XX and travels frequently between her two homes. Patricia co-founded the Seattle-based musical ensemble, Sin Fronteras, in 2002 and is the group's current director. Sin Fronteras interprets music from the Nueva Cancion tradition and integrates broad musical influences as well as allied art forms in its performances. In 200X, Patricia brought her deep passion for the aesthetic and socio-political underpinnings of the Nueva Cancion tradition to her work with the Pasajeros theater troupe. She currently serves as Pasajeros' Artistic Director and is interested in new forms of communicating social justice messages through music and playback theater. Ms. Mazuela is also exploring a potential career in art therapy.
Publicado por Compañía de Playback "Pasajer@s" en 10:10

Named Outstanding Faculty of the year at Saint Martin's University in 2005, Dr. Leticia Nieto brings an innovative approach to her training and facilitation.  She draws on expressive techniques to involve participants deeply and provides opportunities for them to open to insight and change.  She has successfully brought her skills to higher education and other learning communities, to service providers in helping agencies, to workplace teams, and to many community groups.  Leticia has been a psychotherapist and trainer specializing in cross-cultural communication, motivation and creativity. She has worked as a trainer and educator since 1980. In addition to her degrees in clinical psychology and human development, she is skilled in Action Methods, including Playback Theater and Theater of the Oppressed.  She is a professor in the Master of Arts in Counseling Psychology program at Saint Martin's University.
Publicado por Compañía de Playback "Pasajer@s" en 9:57 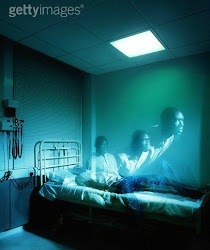